An Open Letter to Vicars

The One That Went Viral

So a little while ago I posted a blog entitled “An Open Letter To Vicars” and the response was phenomenal. It was shared on Petapixel, Digital Rev, BrideVsGroom, 101Photography & shared by thousands of photographers all with the same sentiments and quoting similar experiences.  I have had some great responses from people from the Church – mostly thankfully all saying I’d be most welcome there – so I didn’t completely ostracise myself from any future weddings! Also many photographers also commented on the blog saying they felt compelled to write as I’d summed up what they themselves had wished they’d written. I’m hoping that this signals a tide of change and that slowly the church will become more accepting overall of photographers.

In the blog I mentioned a Vicar who I simply adore, his name is Father Julian and people in South Wales talk of him both affectionately and usually with a funny anecdote.  Here is Father Julian smoking his pipe before his service. 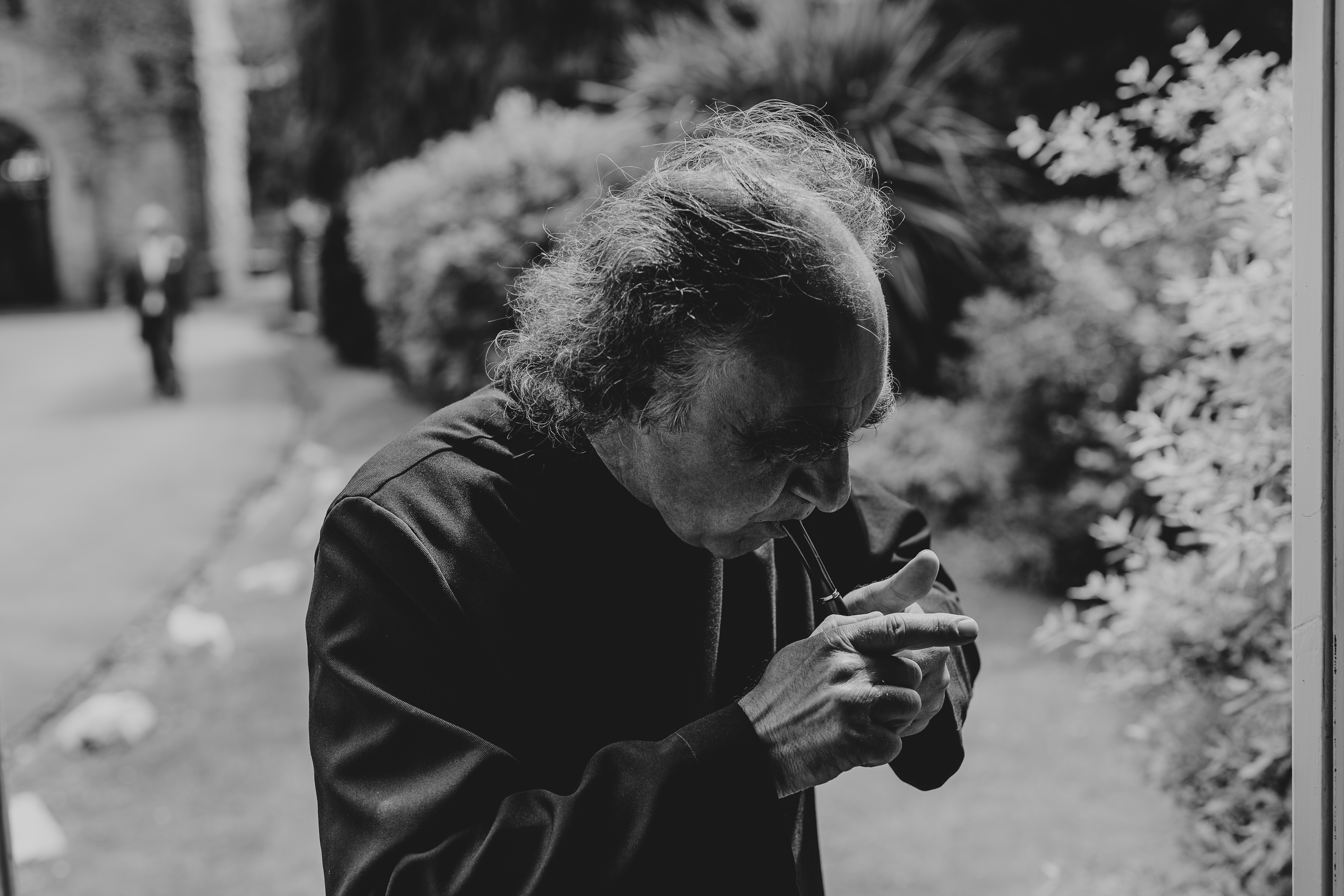 An Open Letter To Vicars

If you missed it the first time around – here is the original blog post:

I am writing an open letter to Vicars. Not all Vicars, I hasten to add, but unfortunately it’s becoming such a regular occurrence, that I feel compelled to write to all those that it applies.

You do not have to be religious to understand the depths of human spirit that a Church ceremony invokes. I have been in some ceremonies as a photographer where I have felt the incredible amount of love lift from the congregation, it is almost palpable. In others, the singing and the sermon have genuinely moved me to the point of tears. I get it. The power of a Church ceremony still holds true to this day. I understand why it is important to those who believe in God. For a lot of families, the couple are getting married in a Church they have attended since birth and it goes back for generations. For some it is more than just a Church wedding. It is something so special it is difficult to put into words.

Having a great reputation locally means that I have been lucky enough to photograph the ceremony of the daughter of a Vicar, which included a sermon from the former Archbishop of Canterbury, Rowan Williams, who I have a massive amount of respect for. 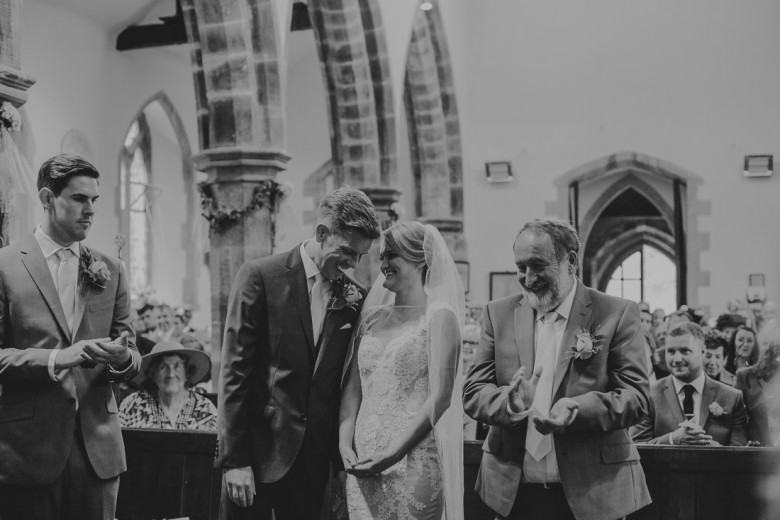 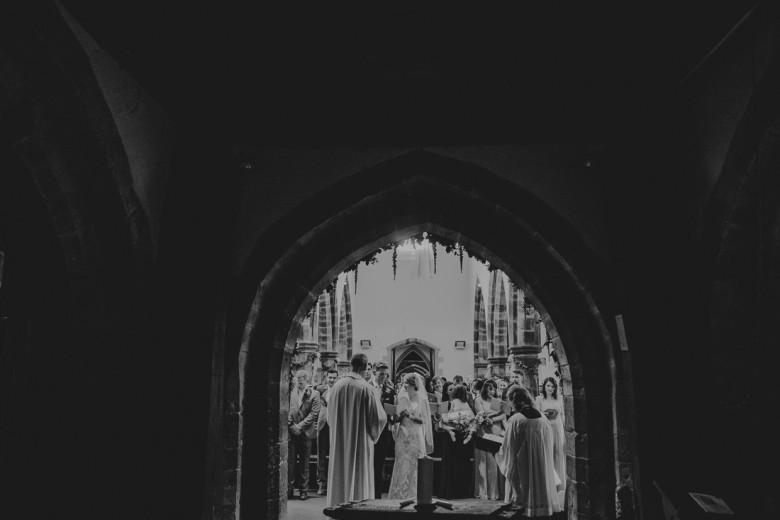 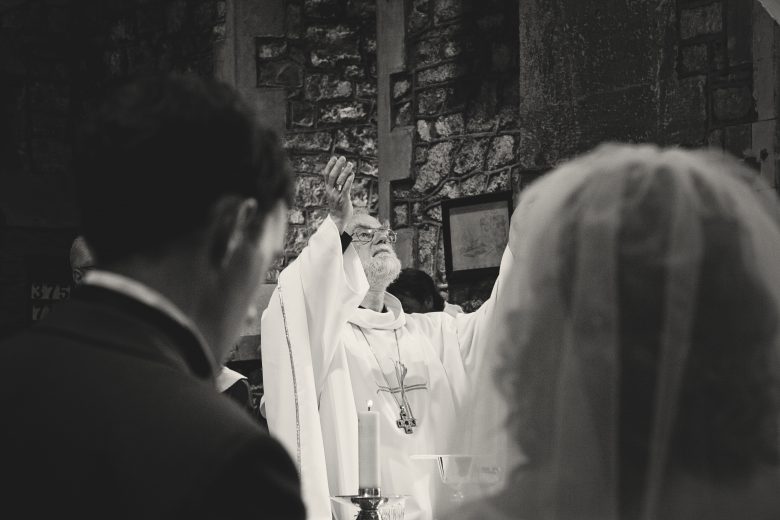 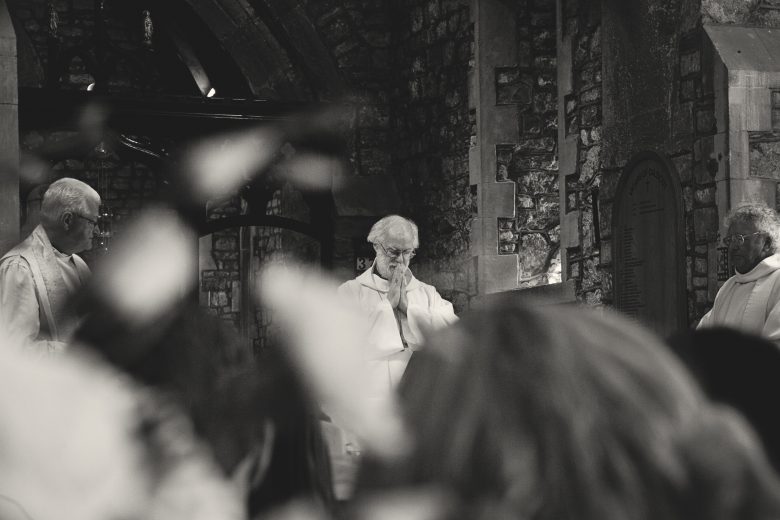 Most recently, I photographed a beautiful ceremony where the Vicar was the Father of the Groom. It has been a privilege to photograph couples with children, without children, with both parents, where one parent is absent or has sadly passed away. There is nothing quite like the significance of the moment when a Mother walks her daughter down the aisle.

Being a photographer fills me with huge amounts of gratitude for human life. I feel at my most humble when photographing a wedding. I see lives playing out in front of me, memories being made. It is this magnitude of human spirit and love that makes my choice of career worthwhile. When my daughter looks back at my own wedding photographs I see the magic dancing in her eyes, “Is that YOU?!” *giggling* “Is that DADDY?!”. They mean so much to me, to her and to her future children. Photographs are made of magic.

Susan Sontag, a famous philosopher on photography, says the camera exerts a kind of,

Photographs are not just pieces of paper or digital files. They are little worlds for future generations to explore.

Unfortunately not everyone sees it that way.

But I am not that photographer.

I am the photographer who turns up early to greet you, shake your hand and ask where is a reasonable place to stand (usually to one side, not centrally in view).

I am the photographer who doesn’t need to be told not to use flash inside (despite the horrific orange lighting and dark walls).

I am the photographer who dresses respectively and wears rubber soled shoes so as to remain quiet.

I am the photographer who daren’t move a muscle (or even breathe) throughout the entire ceremony.

I am the photographer who is polite and respectful at all times, no matter what your attitude to me is like.

I am the photographer who wont bring bags of equipment to clog up the aisles or what space there is. I’ll only bring the bare essentials of kit.

I am the photographer who has a silent camera shutter and knows how to switch it on. You can barely hear me.

I am the photographer who will keep the memory of this service, this church and your sermon alive for generations.

Don’t get me wrong, I love an unplugged wedding. I think if everyone had their iPhones, iPad’s and Dslr’s out during the ceremony it would be a massive distraction for the couple and I tend to agree with the Vicars here. However, one professional photographer is not going to make people bat an eyelid.

There is an increasing number of Vicars who, upon learning that I am the photographer become downright rude, which is personally upsetting. I am not just a photographer; I am an educated respectful member of society; a Mother, a daughter, a sister – I am a person. The attitude by some is simply disrespectful. I should not feel persecuted for attempting to do a good job for what my couples have paid thousands of pounds for me to do.

Quite often photographers are completely banned from taking any photographs from the moment the couple enter the Church to the moment they leave. If there was some historical significance to this, if this was a standard kept up and down the country or, perhaps, if it was inscribed into stone, then maybe, just maybe I could fathom why this was necessary.

Recently a Vicar banned me from using my camera during the ceremony at all. I asked if it was OK to take a couple of photographs from the back during a hymn, since her reason was that the camera ‘clicks’ (I have a silent shutter) put her off. However, this wasn’t allowed and of course, out of respect I stowed my camera and did not take one photograph for the full hour. Once outside the church and during the confetti throwing, the same Vicar took her iPad and stood in front of me. I have always been taught that respect is reciprocal. 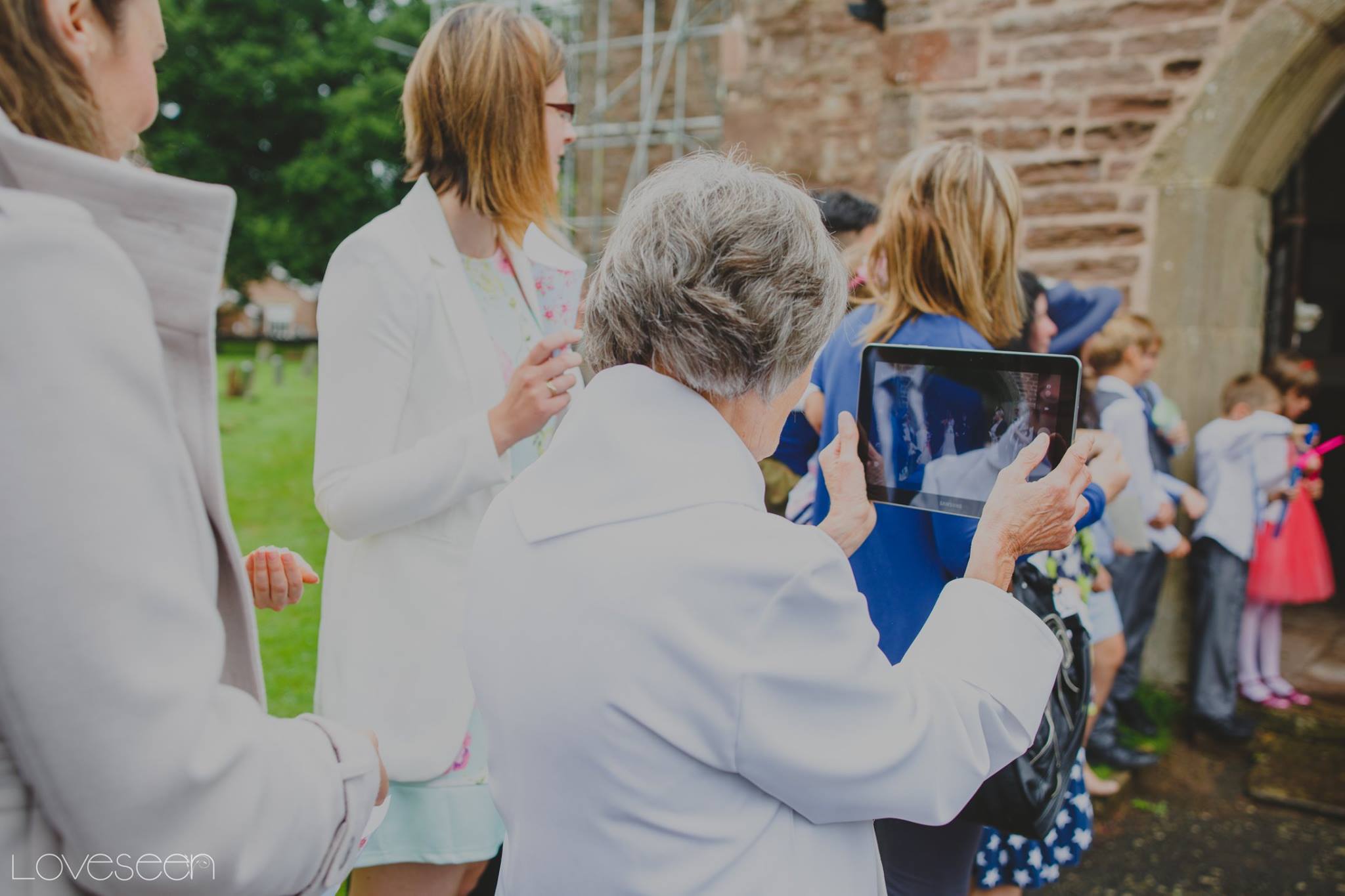 Once in a ceremony, I was parked to the side of the Church with a sideways view of the couple. The couple had asked me to take a photograph of an elderly Aunt who was performing a reading at the lectern. In order to not get the back of her head I walked 5 steps to get the photograph, silently with my rubber shoes, not one person looked at me as they were all transfixed by the Aunt who they were in awe of,  as she was delivering her reading so well despite her ill health. I managed to get one click (silent shutter). The Vicar stopped the reading and demanded I walk back to position before she continued. People obviously noticed me then. It was highly embarrassing for everyone. The Aunt passed away 6 weeks later. I am so glad I got that one silent click.

I have countless stories. Mostly, sadly, of rudeness.

However, there are some great ones too and one in particular.  There is Vicar who I regularly see called Father Julian. He turns up about 5 minutes before the ceremony smoking a pipe. He tells me to “do what I want”. Of course I am still completely respectful and hide myself into a position where no one can really see me, I don’t use flash and I switch my silent shutter on. He gives a fantastic sermon with his great booming voice and captivates everyone. His services, I have been told, are always full. He is friendly, approachable and encapsulates all that is great about a Church wedding, the kind that sends tingles up my arms. 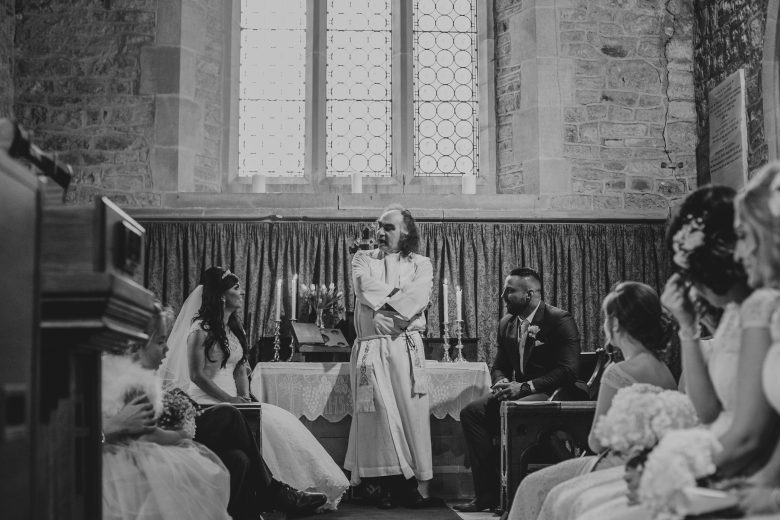 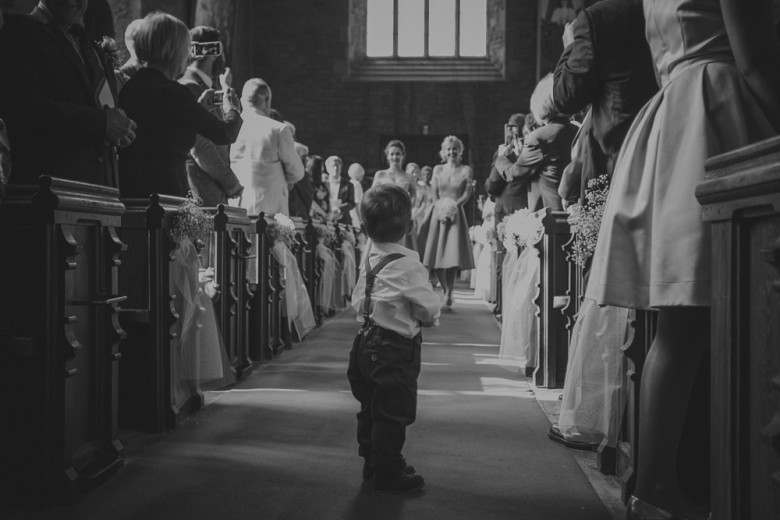 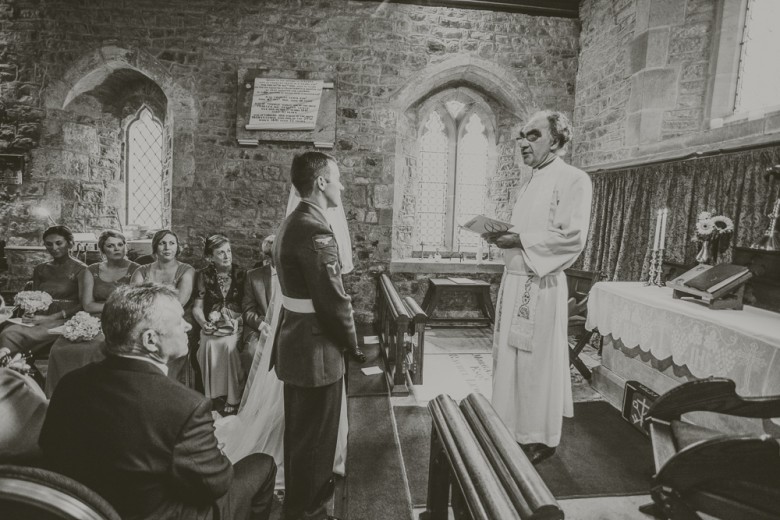 When attendance at church is at an all time decline with numbers falling below one million for weekly attendance, it is those Vicars who embrace modern times; who demand respect, but who themselves are respectful, who will continue to draw in the crowds.

To those Vicars who have rudely barked at me, glared at me and banned photography completely and arbitrarily, I ask you to think again. Not all photographers are the devil. Most are normal respectful people who are keen to keep the peace. Give us a chance.

This site uses Akismet to reduce spam. Learn how your comment data is processed. 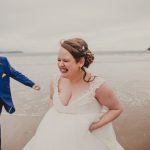 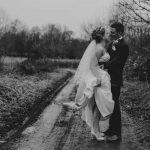